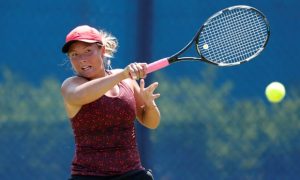 Andrea Leadsom: no-deal Brexit next week would not be so grim

GUARDIAN: LEADSOM SAYS A LOT OF SH*T IN A 14-MINUTE INTERVIEW BUT HERE’S A MISLEADING SOUNDBITE THAT SUITS OUR NARRATIVE

News agencies are still giving oxygen to rhetoric that should have been debunked two years ago, the Guardian reveals. Andrea Leadsom appeared on one of the British Biased Corporation’s flagship political TV shows to insist that Brexit had to go ahead. Despite repeated statements that a no-deal Brexit was not her preferred option, and despite spouting several lines of nonsense that would be easy to attack, The Guardian opted for a headline that misrepresented her position. While Leadsom did indeed say that a no-deal Brexit would “not be so grim as people think”, using it as a headline does give a misleading implication of support. I don’t think a zombie apocalypse would be as grim as people might think, but I would still actively try to avoid it happening.

Leadsom, whose most impressive achievement to date is being the last person to make anyone feel sorry for Theresa May, has clearly conducted the same amount of research on Brexit as she did to her opponent for PM when she inadvertently insulted May’s inability to have children. It’s probably unfair to criticise her for not understanding the difference between a customs union and formal agreements that incorporate customs. It’s less unfair to criticise her for referring to the idea of having a vote on something “undemocratic”, but let’s not open that can of worms. Her main argument for a No-Deal Brexit not being as bad as we think is that the Civil Service has made detailed plans to mitigate the situation. Any well-functioning Government has plans to deal with anything from a hurricane to a German invasion, but that doesn’t mean we should declare war, or continue to ignore scientists. When asked about the possibility of running for party leadership again, Leadsom admitted that she had not been prepared last time – albeit accusing her colleagues of being as unready as her. Let’s face it: she probably had a point there. Even the host – whose line of questioning was at least fair and a passable attempt at firm – could not suggest a better reason for running again other than that she possessed a pair of ovaries. Why the Conservative party need a woman to run on this occasion when they are still the only party to have produced any female Prime Ministers is unclear. Perhaps the women in the party simply prefer to wait and maximise their chance of being the first female Prime Minister to actually be popular.